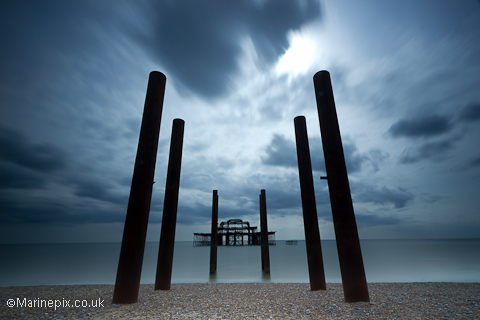 As I mentioned in my last blog entry, I was on the beach in Brighton taking photos of the west pier.
I thought it only fair that I share at least one of the images I took although it’s not the only one I liked. (I’ll add others to my Brighton Gallery (No Longer Online) at some point in the near future).
I wanted the water to look smooth and calm and although it was reasonably calm that day, my aim was to remove the texture altogether and make something a bit “unusual”. I used a Lightcraft Workshop, 9-Stop Neutral Density Filter which gave me the chance to keep the shutter open for a long time (30 seconds in the case of the photo here)
Since the sky is brighter than the land/sea, it’s difficult to bring out any kind of detail in the cloud just using the camera. The only option being to use a graduated neutral density filter. I borrowed such a filter for a few shots earlier in the afternoon but had handed it back prior to taking this shot. As such, I’ve had to add the ND grad filter effect using the computer. It’s not quite the same but it does help to bring out some drama in the sky.
Although the pier could be deemed to be the central point of the image, I was really hoping to generate a sense of being small, using the old pier legs to point towards the sky.
If there was one thing I could change, it would be the small piece of metal sticking out from the pier legs which I think is just a little distracting, although with the size of image here, it’s maybe not too obvious. 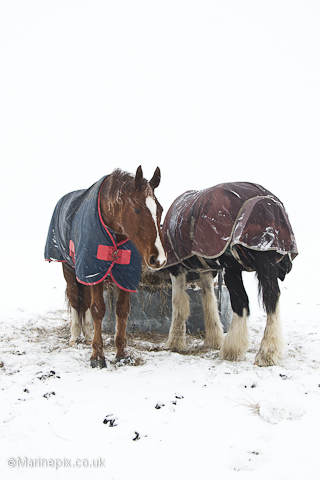