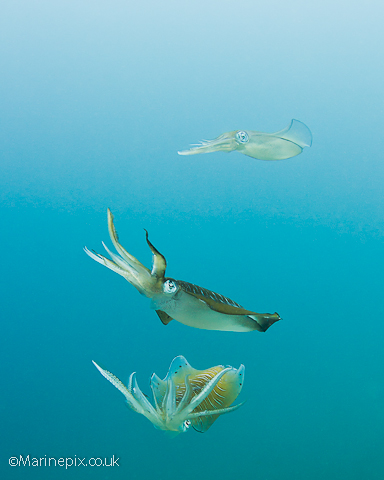 Ambon is one of the Maluku islands of Indonesia and forms part of a chain of volcanic islands surrounding the Banda Sea – home to some fabulous marine life. A group of 16 (mostly) BSoUP members stayed with Maluku Divers in Ambon Bay. There’s an awful lot of garbage in Ambon Bay. Periodically it gets washed up on shore by the tide. My girlfriend, Pash organised a beach clean-up one day and got about 30 people, including resort staff and several local villagers out onto the beach filling bags with rubbish. Seems that the government dont have an organised method of refuse collection so the next best option is to collect the rubbish and to incinerate it… There are plans afoot to build processing plants to convert the plastic into fuel but for now, burning the stuff at least stops it polluting the water and thereby the fish which are the staple diet of the Islanders!

Rather than post a picture of some rubbish being washed up on the beach, I thought I’d share an image which has already been requested as a print but which also was a memorable experience for me in the water… The dive site was nothing special above water and even below the water, there wasnt much to see, however, We came across a rope, attached to a buoy on the surface. Around this rope were about 15 squid. They were mating – the female would attach an egg to the rope whilst a male shielded her from other male attention. Once the egg was attached, the female withdrew and the male fertillised the egg before accompanying the female to a couple of metres back from the rope. Once they’d had their turn, another pair of squid would move in and go through the same procedure. It seemed like they took it in turns. Every now and again, a rogue male would attempt to move in on another’s female and there’d be flashing of skin-colours and a display of tentacles from both, generally resulting in the existing male regaining his position with the female.
The squid didnt seem phased by having several divers mesmorised by their dance like movements and it has to go down as one of the most memorable dives I’ve done to date.
I’ve not uploaded an Ambon gallery yet… that will come soon and I’m sure there’ll be another post here too.
I HAVE uploaded a couple of photos to my 500px account. You Can Find That Here At Www.500px.Com/Marinepix
PS. Feel free to vote for my images on 500px if you like them; and please do consider clicking the “like” button below this post if you’d like to hear/see more.