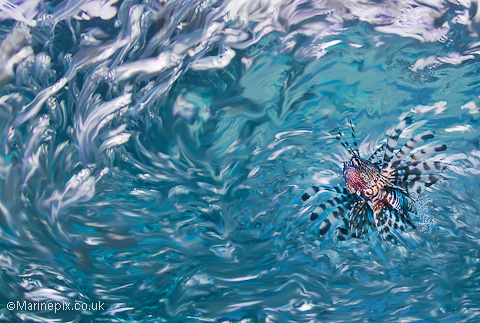 I was very pleased to come 4th in the BSoUP competition this month – the theme was “Photoshop Bonanza” . The brief was to be creative with image editing software like Photoshop. You can see the other winning images on the BSoUP Website Here.
I decided to try emulating Michael Aw’s Amazing Van Gogh Style Images which I saw via facebook last year.
A bit of research lead me to understand that “pixel bender”, an add-on tool for use in photoshop, would help me create the sort of image I was after. A LOT more research made me realise that this tool was very difficult to come by! Apparently, it’s built into the latest version of Photoshop but I found it impossible to find something which worked on previous versions!
The deadline for entries into BSoUP competitions is midnight and it was approaching that time fast so I figured I’d have to just crack on and create my image manually!
I had several candidate images but I selected an image I took in Nuweiba last year… Since there were a lot of lionfish and a big school of bait-fish hanging around, I’d tried to capture An Image Similar To Those Which Alex Tattersall Had So Much Success With.
Although I don’t think I really got the photograph I was after, I still got some images and for the competition, I chose one which I thought would withstand manipulation… My intention was to keep the prominent subject sharp, perhaps enhancing the colours and contrast a little, whilst blurring the background with swirl patterns. The uniform pattern created by the bait-fish lent itself well to the technique I was trying to apply… I set to work using the smudge tool to drag the background ink with my cursor. I started trying to create swirl patterns but I found it tricky because the baitfish blurred too much… I felt I’d already managed to create a sense of movement which I liked so I continued the effot. The fish were “dragged” but were still recognisable.

So, I’ve ended up with an image I quite like but not really similar to what I set out to acheive. I enjoyed the process of manipulating the image but I don’t think I’ll be doing it with all my photos just yet…. There is far too little time in the day for that kind of thing!
Hope you like the image as much as I do and if you voted for it at the BSoUP meeting this month, then I thank you!! 🙂