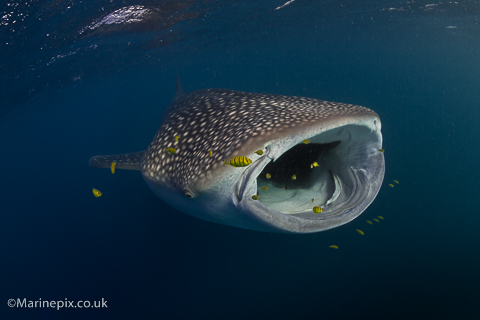 Tonight I was delighted to present some of my work to a group of enthusiastic photographers and friends at the Storrington Camera Club. The club meets on alternate Thursdays at 7:30 and it was well attended tonight. Preceding me, Chris West and Liz Barber gave an interesting talk about the procedures and benefits of joining the Royal Photographic Society… something I’ll now be considering.
I’d practiced my talk a number of times and worked out that it’d take about 45 minutes leaving me plenty of time to show my camera gear and answer any questions. I clearly talked too much as I had only 3 minutes left at the end in which to field questions and hold up my camera set up!
I split the talk into 2 main sections – first I spoke about my first compact camera and housing and I showed some of the images I took with it, both in the Philippines and back in the UK. I then went on to show images I’d taken with my Canon DSLR (550D) and I explained the fact that I have to choose a lens before I go under the water so I’m limited to taking the same type of shot for the whole dive… and I have to choose between wide angle or macro.. with the ability to capture “portrait” type shots with either. I think the biggest reactions came whilst I was showing my wide-angle shots. Whale-sharks and some of the shipwreck images seemed to go down well and I enjoyed showing the bright colours of some of the more close-up stuff. There were times when I realised I didnt know why I had included an image and I ended up saying “well, I like it anyway!” which I think was a little lazy of me. It gives me the impetous to actually really closely analyse why I like an image and why I’d like to show it rather than just including images which my instinct tells me I like.
The final section of my talk showcased nudibranchs and shrimp and I followed up with a series of other macro images. The final image was, I have to admit, one of Pash’s anemonefish photos, primarily because I didn’t think a talk would be complete without them but second because I wanted to recognise her efforts and determination to get back in the water and take some cracking shots. Of course, I didnt explain this to the group, I simply said it was one of Pash’s photos because she does clownfish shots better than me 🙂