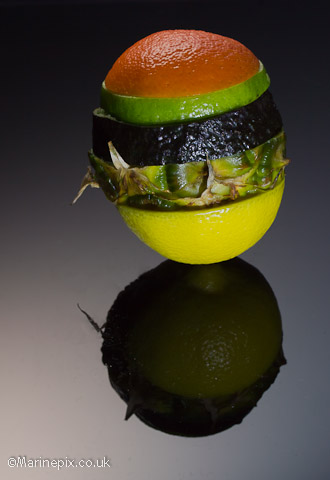 I’d had the idea for this photo in my head for a while so I dug out my flash-units, two chairs, several pieces of perspex, bits of white and black card, several clamps, a tripod and the fruits I’d purchased at the supermarket earlier in the week.
My idea was to create something which looked, to all intents and purposes like a single fruit. The obvious problem is that the fruits are all different sizes but a sharp knife resolved that one fairly quickly. I suppose I couldve spent MORE time slicing them up and measuring accurately but I wanted to get some images onto the memory card.
I tried blu-tac to support the structure but it either showed up in the photo or was too ineffective.
In the end I resorted to a couple of cocktail sticks and a little “cloning” in photoshop to remove them from the final result.
The lighting is rather harsh on top so I think I’d like to try again with some kind of diffuser in place. Perhaps a soft-box or even one of my studio lights with a shoot-through umbrella in place. 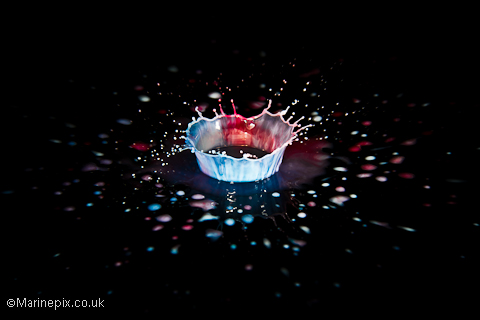 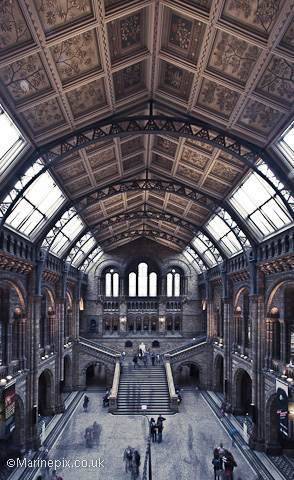 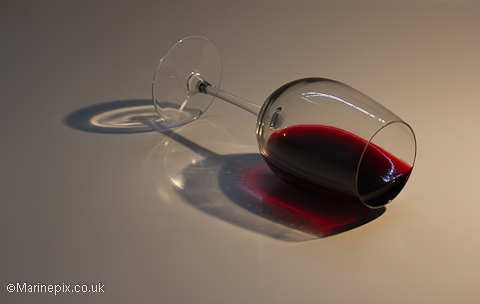